No social links are set.

in: GeneraleTwo decades ago, Congress of Sociology in Castilla-La Mancha began as a simple and familiar regional meeting of sociologists who exercised teaching or researching in Castilla-La Mancha. Over the years, the growing and varied presence of social scientists from other areas of Spain, along with the quality of their contributions led to grant national character to this Congress, having its headquarters in the Palacio de los Condes de Valdeparaíso , superb Renaissance building located in the historic town of Almagro (Ciudad Real).

Gradually, word of mouth, and dissemination of the activities of the Castilian-Manchego Sociological Association (ACMS) all over the world, brought to this land professionals and academics from five continents. Hence, in 2015, Congress of Sociology in Castilla-La Mancha reached itself and its own right, international, coinciding with the anniversary of the ACMS. Destacadísimos representatives of our profession from America, Africa, Asia and, of course, other European latitudes, could attest.

The unique evolution of our Congress has not stopped, however, that within its framework are followed by reconciling two essential objectives: to promote academic excellence and foster a framework of closeness and familiarity, which is facilitating personal encounter as the basis of relations professionals. This link is achieved in great way, by limiting the capacity of Congress to a small number (one hundred and fifty congressmen, most), he met for two years in the “Very Heroic City” of Valdepeñas, also in Ciudad Real.

The theme of the XXIII Congress of Sociology in Castilla-La Mancha, International Congress is “INSECURITIES AND INEQUALITIES IN COMPLEX SOCIETIES”. The ACMS is aware that sociological knowledge only has if it is to contribute to building the reality, and particularly the new and unknown world in which we are entering, and technological progress, on the one hand, and the crisis global sense, on the other, they are accelerating. To understand these changes, and be socially useful, sociology must identify new sources and forms of inequality, stratification and power, but without forgetting that, along with new social forms, remain secular processes that need further analysis and see how they evolve, and are often confused with the new realities.

With the XXIII Congress premiered a specific website, through which you can access all information relating to Congress and manage all the necessary steps to participate. Read carefully the sections included within the PARTICIPATE section, because there all the information needed summarized. 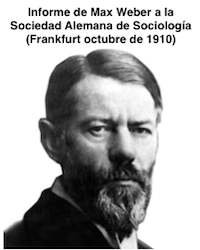